Girls out there, if you were commented “another Singapore materialistic girl”, please fight back.

I have thought of something for our dearest Singaporean men: Another before marriage sweet like honey – after marriage super boring, super not romantic, super cat, treat me like robot Maria Singaporean man!!!

I wish to put these men in poverty forever~ Mr Chan, you are one of them!

In the ancient China, live burial is practiced when the royals passed away. They will bury treasures along with maids. It is believed that life continues after death; treasures are to be spent and maids continue to serve their masters.

Then, statues made from clay substitute living human from the burial. Example, the troop of 兵马俑 buried together with 秦始皇.

Evolving to now, treasures have in turn became gold and silver joss paper we burnt, and maids became the paper dolls.

Asian Art History: this is the damn thing i am studying now~ 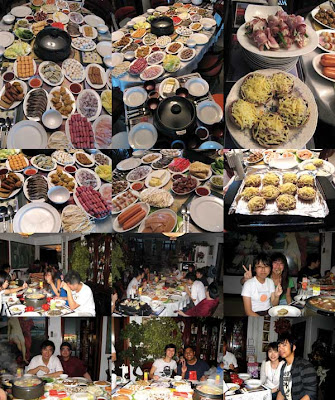 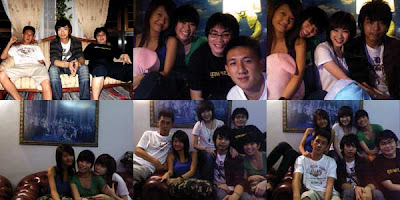 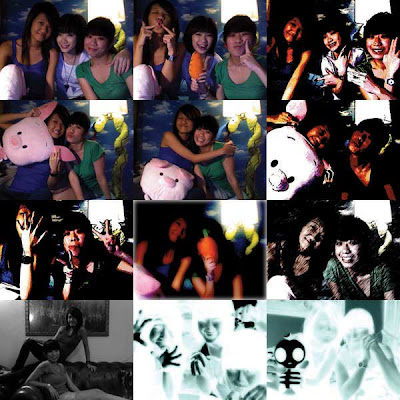 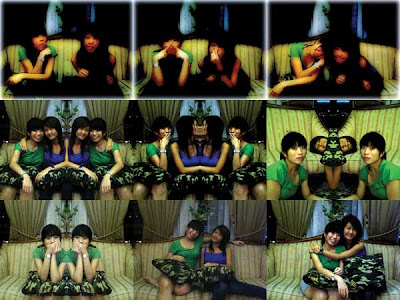 34th Month Anniversary
“34” seems to be a very big number. My rose (demanded for)… 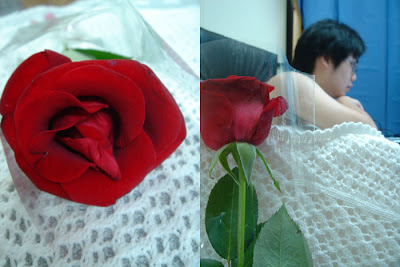 Today’s Forensic Science lecture is rather technical. And i have problem spelling Nitric Acid when doing my notes taking.

“What do you feel is the biggest block to your creativity?

Tuesday is the most terrible day at home. I have nothing to eat.

School
I have my lunch with my former classmates today. I’m glad to meet a lot of them, especially Kader and Nicole for first time since school start.

Lessons are great so far. Pretty much similar to 2D foundation and working process is still the emphasis of everything. A lot of reworking requires but i do feel that Prof Astrid is a nice lady who i am comfortable in approaching. Classmates are as quiet as before.

A must watch local production. 881 is 90% in hokkien, 10% in mandarin. Extremely entertaining with several parts emotional (imagine i used up 2 packets of tissue paper). Many familiar hokkien songs i’ve heard during childhood. You will be surprised with the computer graphics at some sections – it’s good. However, some parts is purely for entertainment purpose – crappy.

Memories recapped. Remembered the days i’m too small in the crowd, standing with my dad throughout getai. My dad will buy newspaper every evening because there is a section in the paper with getai location, band name and the hosts for the night. He always go for 600 and Lin Li’s one. No matter how far, he will drive. Hardcore getai supporter. Yar… I also very 老土~ I tag along. Then me and my sisters will sing the songs in the car. Orbiang dao~

Every since poly days i have stopped going to getai.

Chan was so attracted to the songs that he bought the OST. It was a little disappointing to find out that Mindee and Yanyan do not sing any of these songs. Mindee is a singer and Yanyan plays a lot of the skits. They should have no problem singing. Not all songs are included because 明珠姐妹 (voices for the Papaya and a long-time ago duet group) is releasing their new album with some of these songs. Don’t ask me how i know them, ask what my dad has feed me since young…

Anyway, another theme song played throughout the movie: 一人一半. Look at that guitarist, resembles Wee Kian anot? He !@#$% when i say so.

Recovery From Various Illnesses
Still recovering from various weird illnesses. Some are relapsed, some are new ones. It’s really worsen my mood and i can’t sleep well at nite. I hope they are just afternoon rains and soon i will be running healthily under the sun.

Today i have a short group presentation, it sux big time for me. Can’t sync into the anti-discussion and anti-typography classmates. The presentation is such a contradict.

Steve met my dad at lift lobby today. He told my dad i look 憔悴 and say i shouldn’t go on diet. Hahaha~ I don’t think i have fully recover from all those vomiting and LS-ing. Just need to be extra cautious with what you eat, i’m definitely not on diet.